The uninhabited Española Island lies in the extreme southeast of the Galapagos archipelago. It’s one of the flattest, driest and oldest of all the Galapagos Islands, formed some four million years ago by an erupting shield volcano.

Despite its isolated location (it’s a 10- to 12-hour boat trip from Santa Cruz Island) and barren, rocky nature, Española is nonetheless one of the most popular islands in the archipelago. It has some of the best bird-watching in the Galapagos, including blue-footed boobies, swallow-tailed gulls, and Española mockingbirds.

The island is most famous, however, for being the principal breeding ground for the world’s entire population of waved albatrosses (also known as the Galapagos albatross). For as yet unknown reasons, the global population of waved albatrosses, which numbered 34,700 adult birds in 2001, continues to decline. They are now considered critically endangered. The albatrosses lay their eggs on Española between April and June, incubating them for two months. The young birds reach adulthood by December and leave the colony by January.

Punta Suárez wildlife trail — As soon as you approach the Punta Suárez landing site on the west coast of Española you’ll be surrounded by wildlife. Young Galapagos sea lions play in the shallows while red and green marine iguanas slide from sand to water. Jump off the boat and you may find yourself stepping over lazy adult sea lions lounging around on the rocky shore. Head a little inland along the trail and you’ll pass Española lava lizards and a spectacular variety of colorful birds including Galapagos hawks, Darwin’s finches, Española mockingbirds and Galapagos doves. And along the cliff-top trail you’ll see nesting colonies of blue-footed and Nazca boobies, with red-billed tropicbirds and swallow-tailed gulls flitting about the cliff face.

Punta Suárez albatross colony — The highlight of Española Island, and one of the highlights of the entire Galapagos archipelago, is the waved albatross breeding colony. Also located along the trail from Punta Suárez, the colony is home to some 25,000 albatrosses between April and December. Watching an adult albatross walk to the cliff-top before launching itself into the air is a thing of stark contrasts. On land, waved albatrosses are comically clumsy, but as soon as they are airborne they rank among the most accomplished and spectacular flyers in the world. If you’re lucky, you might also see a young albatross cautiously take flight for the very first time.

Punta Suárez blowhole — While the albatrosses and other birds are the main draw at Punta Suárez, the local blowhole is also a perennial crowd-pleaser. The blowhole was created by waves crashing into a lava fissure. Now, as the waves rush into the fissure, they force water upwards in an impressive spout that can reach almost 100 feet at high tide.

Bahía Gardner — Gardner Bay, on the northeastern shores of Española, has one of the most relaxing beaches in the Galapagos. Stretching for about 1.25 miles, the white sand beach is also one of the longest in the archipelago. Sea lions, Española mockingbirds and three species of Darwin’s finches are found along this pretty stretch of sand.

Osborn Islet — Located on the east coast of Española, Osborn Islet is another relaxing place for wandering along white-sand beaches among sea lions and their pups. It’s also one of the island’s best swimming and snorkeling spots. Kayaking is also popular here.

Gardner Island — This small island lies about half a mile off the northeast coast of Española. Combined with the nearby Tortuga Rock, this is arguably the best swimming spot in or around Española. You can swim with sea lions, marvel at massive manta rays and spotted-eagle rays, and perhaps catch a glimpse of a whitetip reef shark (don’t worry, they are unaggressive unless provoked). A handful of underwater caves also lie in wait for more adventurous swimmers. 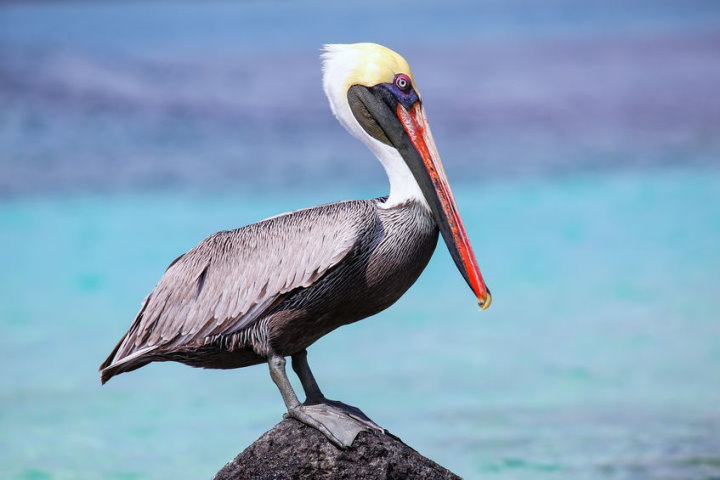