Home » Blog » The Best Places to Visit in Brazil When people think of Brazil, images of sun, sea and samba are often the first things that come to mind. But the best places to visit in Brazil encompass a far wider range of sights and activities, beyond the golden beaches and the country’s world-famous lust for life.

Brazil is the most bio-diverse nation on Earth, with ecosystems including the Amazon rainforest (of which 60% is in Brazil), the Mata Atlantica forest, a vast tropical savanna called the Cerrado, and the massive tropical wetland known as the Pantanal. For wildlife enthusiasts, few countries can compete with Brazil’s range of mammals, birds, fish and amphibians, with iconic species like toucans, macaws, capybaras, howler monkeys and pink dolphins.

Alongside all of the natural attractions, Brazil offers a cultural experience that ranges from quaint colonial towns to heady nightlife and the endless allure of Carnaval. And wherever you go, the Brazilian passion for dancing will never be far away, whether it’s samba in Rio, forró in the Northeast, carimbó in the Amazon, or internationally famous bands and DJs in sprawling São Paulo.

To help you decide where to go in this huge and fun-filled country, here is our guide to the best places to visit in Brazil.

Spread out below the ever-present gaze of Christ the Redeemer, Rio de Janeiro is the most iconic city in Brazil. Known for the white sand beaches of Ipanema and Copacabana and the beautiful people that walk along them, Rio is a hedonistic city that’s bursting with samba, soccer and sensuality. The stunning setting is also home to more than just beaches and tiny bikinis. You can go surfing, cycling and rock climbing in and around the city, and the Tijuca Forest is located within the city limits, offering scenic treks with stunning views across Rio.

Widely considered the world’s largest waterfall system, Iguazu Falls is a truly impressive sight. The Iguazu River roars over the waterfall’s 1.7-mile span, filling the area with rainbow-flecked spray and the thunderous noise of falling water. Iguazu Falls can be visited from either Brazil or Argentina, as it sits on the border between the two countries. But the best panoramic views are had from the Brazilian side. Founded in 1669, Manaus is today the largest city in the Amazon. It’s a hot and often hectic place, and the port of call for ships that have come all the way from the ocean, some 750 miles to the east. For tourists it serves as the starting point for expeditions into the rainforest. You can arrange your trip in the city, stock up on supplies, and then set-off up or down the river before making your way into the jungle for a truly unforgettable experience. Expeditions can last for just a day or two or more than a week, and range from tough treks through the dense foliage to luxury cruises along the river.

Salvador has an atmosphere all of its own, thanks in no small part to the city’s rich history. It was founded by the Portuguese in 1549, making it one of the oldest colonial cities in the Americas. It’s an architectural gem, with old colonial casas and gold-laden churches. But it was African slaves, rather than the colonial powers, who ultimately shaped the spirit of Salvador. Their culture has permeated the city, and Salvador is now the heart of the Afro-Brazilian community. The Afro-Brazilian influence can be seen in the local food, the religious traditions of Candomblé, and the combined dance and martial art of capoeira. 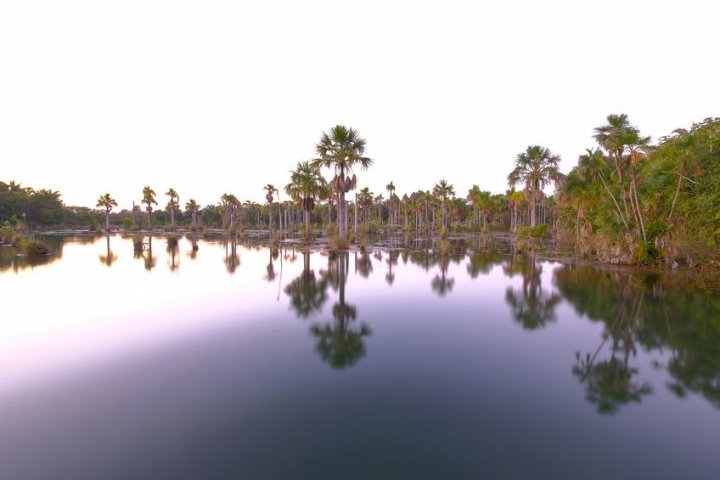 The world’s largest tropical wetland covers a vast area, located mainly in Brazil with small parts in Bolivia and Paraguay. Known as the Pantanal, it is sparsely populated with no major settlements, but inhabited by a vast array of species, including around 1000 bird species, 300 mammal species, almost 500 reptile species and 400 species of fish. Few places in the world offer better wildlife spotting opportunities, and you can potentially see iconic animals like the giant rover otter, giant anteater, and the elusive but spectacular jaguar.

While Rio de Janeiro takes the plaudits for good times and bronzed bodies, residents of São Paulo are justifiably proud of their sprawling city. Home to some 20 million people, the São Paulo metropolis is a financial and cultural powerhouse. It isn’t the easiest city to fall in love with, but take some time and you’ll discover a modern city with a multicultural core, with an abundance of world-class restaurants, nightclubs, museums, galleries, art-house cinemas and theaters. If it’s cultural sophistication that you’re looking for, then you might just fall for Brazil’s biggest city.

The Best Places to Visit in Brazil Ten Things To Do In Rio De Janeiro, Brazil
Pantanal Wildlife: 8 Mammals That You Are Likely To See
The 6 Best Beaches In Rio De Janeiro
Iguazu: The Most Beautiful Waterfall On Earth
Fusing Colonial And African Pasts In Salvador Da Bahia, Brazil
Manaus, Brazil: Unlikely Heart Of The Amazon