Need Help Planning Your Trip to Brazil?Contact Us

Salvador da Bahia is a special place, even by the high standards set by Brazil’s often intoxicating cities. The third largest city in the country and the largest in the Região Nordeste (Northeast Region), Bahia drips with history: history that poured in from various sources from across the globe.

Bahia was Brazil’s first capital, founded by the colonial Portuguese back in 1549. As one of the oldest colonial cities in the Americas, it is full of lavish churches, cathedrals and old government buildings. Most are found in Pelourinho, a historic district and UNESCO World Heritage Site located in the upper-town of the two-tiered city.

The very name “Pelourinho” speaks to a far darker past, but one that has shaped the city far beyond the schemes of the Portuguese. Pelourinho: a whipping post or pillory. It was here that African slaves were publically punished for disobeying their colonial masters. But today, African culture fills the air and colors the streets of Bahia, and the city has become the beautifully swirling center of Afro-Brazilian culture.

Candomblé, an Afro-Brazilian religious tradition, flows through Bahia, even ousting Catholicism from its staunch roots. In turn, it has influenced and preserved other traditions, including local music and dance, food and drink, and the acrobatic martial art of capoeira.

These all combine most powerfully — often hypnotically — in the numerous festivals that take place throughout the city, nowhere more so than during the Carnaval baiano, Salvador’s annual multiday carnival held each year in February.

Just beyond all this culture lies an area of extreme natural beauty. Bahia is one of the most popular tourist destinations in Brazil, thanks in no small part to its beautiful tropical beaches, which stretch for 50 miles along the coast. These range from calm family-friendly spots with good fishing and diving, to rugged surf locations with stronger waves. And if you’d rather head out exploring, you can visit islands like Itaparica and Tinharé, all with their own unique traits and charms.

Learn more about this destination at Visit Brazil. 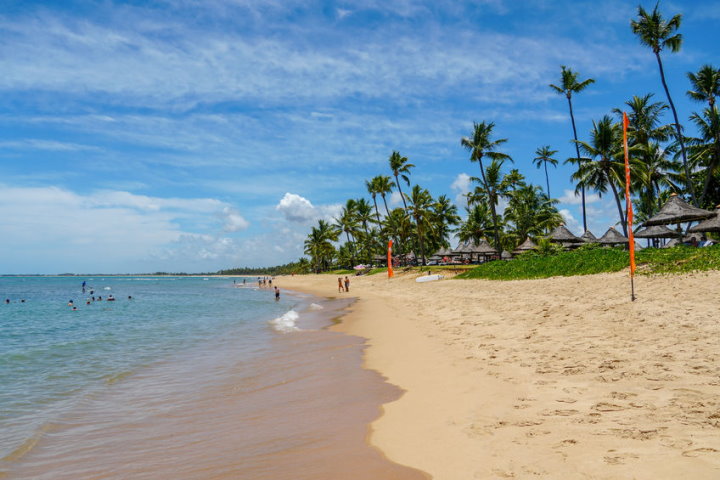