The Amazon River basin is the largest river basin in the world, covering an area of 2.5 million square miles. And within the Amazon River and its many tributaries live some 2,500 fish species that have been scientifically described, with an estimated 1,000 new species waiting to be discovered.

Of all these fish of the Amazon, there are 8 that are considered to be iconic species, whether for their size, their appearance, their appetites, or for just being oddballs.

The paiche (Arapaima gigas), also known as pirarucú or arapaima, is one of the largest freshwater fish in the world (the largest being Russia’s beluga sturgeon). Paiche often grow to seven feet in length, with the largest reportedly reaching lengths of between 10 feet and, in exceptional cases, 15 feet. Adults often weigh up to 440 pounds. While its sheer size alone is impressive, this strange prehistoric throwback also has a number of strange characteristics. Not only is it an air-breather that has to surface regularly to gulp in oxygen, it also has flexible armor-like scales that protect it from piranha attacks. 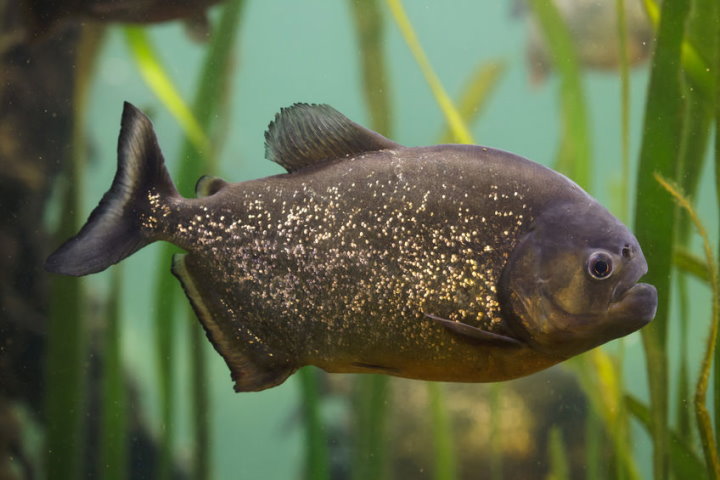 Speaking of piranhas, these little fish are arguably the most famous fish of the Amazon River, simply because of their reputation as aggressive meat-eaters. This reputation, however, has largely been the result of Hollywood movies like the Piranha series of films. True, of the 20 or so piranha species that live in the Amazon, most have vicious-looking teeth, which are more than capable of removing a careless fisherman’s finger. Normally, however, piranhas will only eat flesh that is dead or dying – and some species are vegetarians. So the idea that they’ll strip the flesh off a swimming human in mere seconds is a myth. The only time you need to worry about swimming with piranhas is when water levels are low, the piranhas are stressed and food is in very short supply, in which case they might take a bite (and you’d be wise to exit the river immediately). The electric eel (Electrophorus electricus) is a strange creature indeed. Despite its name and its elongated, cylindrical body, it’s not actually an eel at all, but rather a knifefish. Adults typically grow up to six feet and seven inches in length, but it’s not their size that scares off local fishermen. An electric eel can deliver a shock of 650 volts, and sometimes more, which can easily stun its prey or act as a defense mechanism. In humans, the effect of an eel shock is often described as a brief but painful numbing shock, likened to that of a stun gun. Furthermore, the discharge can be felt from some distance away from the fish, and an electric eel can still shock someone hours after its own death. The freshwater stingrays of the Amazon have highly circular disc-shaped bodies with widths ranging from one foot to six-and-a-half feet. With their varied colors and patterns, Amazonian stingrays are quite pretty. They are also non-aggressive and will act only in self-defense. But be careful: If you accidently step on one while wading barefoot in the shallows, prepare for a nasty sting. Fisherman and other inhabitants of the Amazon fear the stingray due to the venomous stinger on its tail. It’s rarely fatal, but it’s very painful and bacterial infections can cause serious problems if the sting is left untreated. Despite their venomous nature, stingrays are a common food source for the Amazon’s human inhabitants. 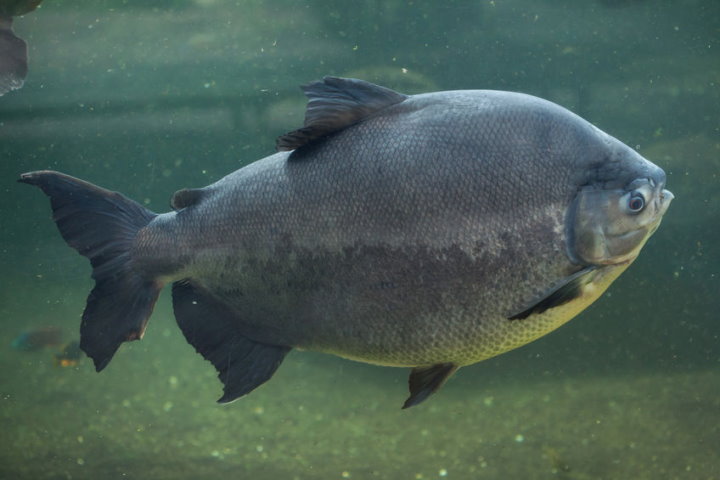 When it comes to eating the fish of the Amazon River, gamitana (Colossoma macropomum) is one of the most sought after due to its tasty flesh. Also known as tambaqui or giant pacu, the gamitana is a large bass-like fish that can weigh almost 100 pounds. Juvenile gamitanas are often confused with piranhas due to their similar appearance, but gamitanas are primarily vegetarian, mostly feeding on fruit and seeds. To help them chew up fruit, they have molar-like teeth, something not found in more predatory fish. They also swallow many seeds whole, which helps to disperse seeds throughout the river network. Many sport fishermen come to the Amazon in search of the tucunaré peacock bass (Cichla temensis), which is found in several smaller rivers in the central Amazon. Reaching around 3.3 feet in length and 29 pounds in weight, it isn’t the largest fish in the Amazon. But it nonetheless puts up a legendary fight when caught on a line, making it one of the great trophy catches of the Amazon River and one of the most highly regarded freshwater sportfish in the world. 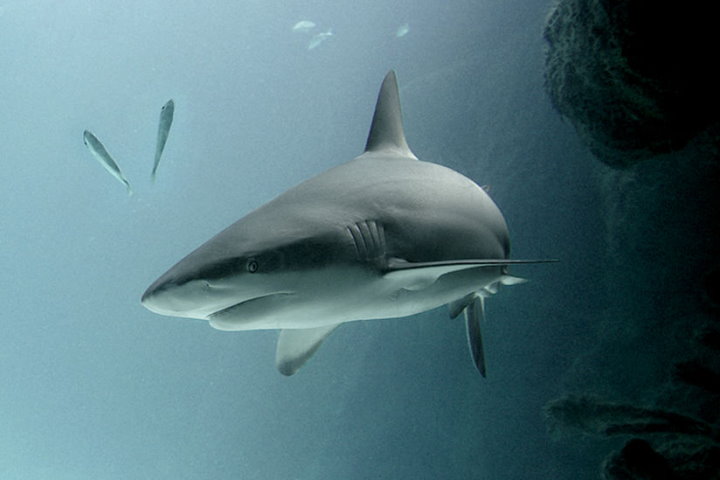 As if piranhas, electric eels and parasitic fish weren’t enough to frighten swimmers in the Amazon, there are also sharks to contend with. Bull sharks are more commonly associated with coastal areas, and are one of the three shark species that most commonly bite humans, along with tiger sharks and great white sharks. But due to their ability to live in both salt and fresh water, they often swim great distances in large river systems. In the Amazon, bull sharks have been recorded as far upstream as Iquitos in Peru, a distance of about 2,500 miles from the Atlantic. Thankfully, attacks from bull sharks in the Amazon are very rare indeed.

The candiru (Vandellia cirrhosa) goes by various names, including the toothpick fish, vampire fish, or cañero. Its status as “iconic” is perhaps questionable; maybe notorious would be a better word. This little parasitic fish is infamous for its supposed ability to infiltrate and parasitize the human urethra. Some people even claim that if a man stands on the riverbank and urinates into the river, it can swim up the stream of urine to enter its new human host. None of this is actually scientifically proven, but anecdotal accounts are commonplace throughout the Amazon. Only one documented case of a candiru entering a human urethra exists, and it is mired in questionable details. So the candiru could be one of the most maligned fish in the Amazon, along with all the piranhas.

Read more about the Fish of the Amazon at the World Wildlife Fund.