To reach little Genovesa, the most northeastern island of the Galapagos, cruise vessels must sail up to eight hours from other more visited islands.  Large cruise ships have to bypass Genovesa – also called Tower Island – because the reef makes it risky for them to enter into and anchor at Darwin Bay, where passengers disembark.  For small-ship passengers who do make the voyage to this remote isle, Genovesa often represents their first full-day in the Galapagos – providing an excellent introduction.  Many visitors rank it among their favorites of all the islands.

Genovesa is low-lying and cacti-strewn, with a volcanic past that resulted in the formation of Darwin Bay, an extinct caldera long ago submerged in seawater.  (The island is still volcanically active in spots, but not as much as some of its neighboring isles.)

There are two visitor sites along cliff- and beach-lined Darwin Bay.  One is known as Prince Phillip’s Steps – named after a visit from the British royal – which leads steeply upward to the rim of the caldera and a Palo Santo forest, prime birding territory.  The other leads to trails off a beach for more birding, as well as access to the water for snorkeling among tropical fish. Stars of the Show

In an island chain with extensive bird life, Genovesa is known as “Bird Island,” offering an idea of how rich it is in feathered species.  It’s home to red-footed boobies; Nazca boobies (the second largest colony in the Galapagos); red-billed tropicbirds; swallowtail gulls (also red-footed, they’re the most colorful gulls on earth); rare lava gulls; nesting cormorants; thousands of storm petrels, which feed on owls; Darwin’s finches; two types of frigate birds; four kinds of herons; and Galapagos mockingbirds, which Charles Darwin studied during his Beagle voyage in 1835.

The biggest draws are the red-footed boobies, because Genovesa is the only island where their viewing areas are open to the public.  Look for their nests in the trees and bushes.  The babies are snow white, and they don’t acquire their red feet until they reach sexual maturity.  Most of the adults on Genovesa have brown feathers, but it’s their feet that are the turn-on.  The more squid and other food they eat, the brighter their red feet become – and they appear sexier to each other.

You may see a female Nazca booby sitting on two eggs, which they lay about six days apart.  When the younger chick hatches after 45 days, the older one rejects him.  In most cases, only one survives, usually the older of the two.  Nazca parents are capable of feeding only one baby at a time; if both of them lived, the parents would likely starve to death.  But the “extra” baby offers insurance in case the first one dies.

“Magnificent” and “great” frigate birds, known as the pirates of the sea, can’t fly if their feathers get wet, and therefore must steal food from other birds while still in flight.  For mates, females select males with huge red pouches below their beaks, which they need for storing the pilfered food.  To attract females, the males inflate the pouches to almost comic proportions, one of the most unusual courtship displays imaginable. For marine life, you’ll encounter sea lions – they’re everywhere on Genovesa – along with sea turtles and marine iguanas, which are unique to the Galapagos and the only reptile found on the island.

Unlike the other islands of the Galapagos, Genovesa has no land reptiles – because of its remoteness; none have been able to migrate here.  Nor does Genovesa have any animal species introduced by humans, or any human settlement.  (You may see some graffiti dating from before 1959, when the Galapagos became an Ecuadorian national park.)

You will almost certainly encounter sea lions playing in tidal pools.  (Though often confused with seals, sea lions differ from them in several ways – including being better adapted to surviving on land.)

Galapagos sea lions are descended from California sea lions – who may have taken a wrong turn at some point in evolutionary history and ended up thousands of miles from home.  They’re generally friendly and may even approach you.  But, like all species on the highly protected Galapagos, the iron rule is: keep your distance, and don’t touch. 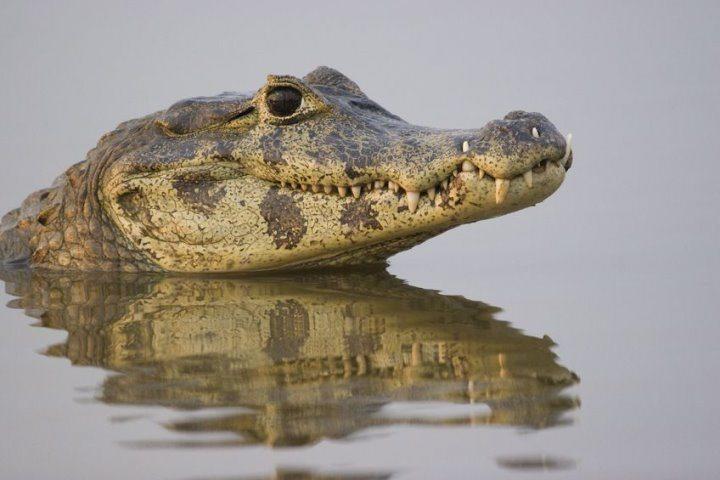