It’s a saying Chileans love to repeat.  Dios está en todas partes, pero atiende en Santiago.  “God is everywhere, but His office hours are in Santiago.”  But if that’s the case, it’s the Chilean capital’s museums that serve as the Man Upstairs’s hall of records.

When Chile’s first museum was built in 1830, right after independence, the country already had a long history.  Tribal wars, invasions by the Spanish, heroic marches across the Andes: the skinny new republic was packed fat with dramatic episodes, which the leaders of the time memorialized in a few rooms of the Instituto Nacional, just off Santiago’s plaza de armas. Today, 200 years later, that history has accumulated at compound interest, and the capital’s museums have kept pace, numbering now in the dozens.  From industrialization to experimental Marxist governments to brutal dictators, it’s all there in the proliferating exhibit spaces.  With so many artworks and artifacts, even the Almighty would have to consult with the curators to find everything.

As an aid to sorting through this cultural bounty, here’s a list of highlights from Santiago’s museum circuit.  Most are centrally located, and while their contents are amazingly varied—an evening gown worn by Lady Diana, a hallucinogenic snuff kit used by San Pedro priests—they share the virtue of bringing Chile’s turbulent past back into the present.

And yes, the docents are exceptionally helpful. They have to be: after all, in Santiago, they answer to a Higher Power… Entering this museum, you’re greeted by a Colombian shaman statue that’s Buddha-like in its serenity.  Silent and introspective, it’s the perfect lead-in for the luminous displays that follow.

Those displays, besides being gorgeous, are conspicuously universal in their approach.  Unlike other Latin American museums, which prefer to stick within national boundaries, the Museo Precolombino isn’t afraid to roam in its survey of the indigenous art of the Americas, encompassing feline-shaped vessels from Guatemala, cave paintings from Patagonia, and everything in between.  Thus you’ll find 15th-century quipus, knotted cords used by the Incas for record-keeping, sharing space with 7,000-year-old Chinchorro mummies from the Atacama Desert—which, predating the Egyptians by some two millennia, are the oldest embalmed remains on Earth.

Such catholicity is the legacy of Sergio Larraín García-Moreno, the museum’s founder.  An avant-garde architect, sometime MI6 agent, and fervent proponent of art for the masses, he spent the 1970s buying up pre-Colombian treasures throughout the New World, and then bequeathed everything to the public in 1981.  Three decades (and one massive renovation) later, his art collection is one of the finest in the Americas.

When you go, don’t miss the special Andean textiles room, with its illuminated pull-out drawers, or the basement exhibit “Chile before Chile.”  The strange, skeletal spirit-statues from Easter Island and angular, modernistic figures from the Mapuche people afford haunting glimpses of a country’s pre-Hispanic past. This museum’s final exhibit is its most famous—and most chilling.  Consisting of the pulverized glasses worn by President Salvador Allende just before he committed suicide in the 1973 bombing of Chile’s presidential palace, it’s a shattering climax to a tragic narrative arc.

Not that the other displays are lacking in drama, either.  In tracing the stages of Chile’s growth, from colonial times to independence to conflict-riddled modernity, the Museo Histórico doesn’t skimp on colorful characters and episodes.  The liberator Bernardo O’Higgins, with his dueling pistols; the revolutionary poet Andres Bello, with his carved writing desk; 20th-century labor leaders, with their hectoring propaganda posters: all come to life here, in informative, well-organized presentations.

The museum itself has been buffeted by Chile’s political storms.  One reason the exhibits stop with Allende’s death was an outcry in the 1990s from Chilean right-wingers, who felt a section on the dictatorship of Augusto Pinochet would have advanced a leftist agenda.  After a media dust-up, the directors decided to nix the controversial display.

Recommendation: If you’re an art fan, be sure to stand before the larger-than-life portraits of Magellan and José de San Martín.  They’re among the greatest in Latin America. “Chascona” means “disheveled” in Quechua, and it’s a word that describes both the reddish mane of the woman for whom Pablo Neruda built this Santiago home and the delightful hodgepodge of knick-knacks inside. The great Chilean poet was totally enamored of his third wife, Matilde Urrutia, but he was even more enamored of tacking together houses out of odds and ends.  Here those two loves come together, in a motley fantasy home that recalls a child’s wonderland.

It’s an edifice more improvised than designed.  While the builders were hammering away, Neruda would buy furniture and other decorations and work them into the general plan.  Hence you’ll encounter African statues, colored glasses, Art Deco bars, enormous shoes, whiskey bottles, crazy rocking chairs—anything and everything that appealed to the poet’s overflowing vitality and waggish sense of humor.

When you go, look for the portrait of Urrutia by Diego Rivera (fun fact: Neruda’s profile is faintly visible in her hair), as well as the damage left by Pinochet’s thugs when they trashed the place after the poet’s death in 1973. 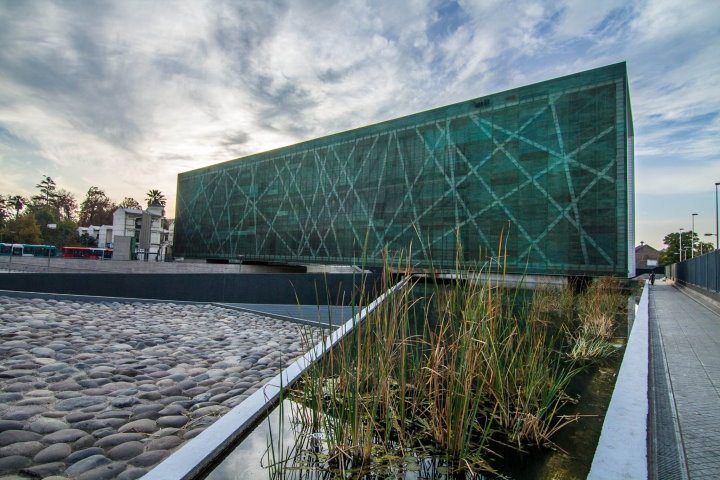 This stark, glassed-in museum in Santiago’s Barrio Yungay is emotionally overwhelming.  Built in 2010 as a memorial to the desaparecidos during the Pinochet regime of 1973-1990, it’s an attempt on the part of Chileans to confront the darkest episode in their country’s recent past.

The statistics of that episode are horrifying in themselves.  Three thousand Chileans murdered, 30,000 more detained in camps or tortured, countless others displaced or forced into exile.  But it’s when you look up at the victims’ faces on the museum’s wall of photos—many taken from ID cards, others represented by blank frames—that you realize the full magnitude of the country’s loss.

The museum provides abundant material to put the dictatorship in context.  There are black-and-white videos of the 1973 attack on the presidential palace, interviews with family members of the desaparecidos, and an open time capsule with vinyl records and clothes from the period. If you’re looking to understand how Chile’s past has shaped its present, this gallery is essential. Art and politics have long been tangled up in Chile, and nowhere more so than in this small but fascinating museum.  Begun as a populist art collective during Allende’s presidency, it boasts works by Picasso, Miró, Siquieros, Calder, Stella—all donated in a show of solidarity for Chilean socialism.

That solidarity’s first flowering was short-lived.  Under Pinochet, the museum was driven into exile.  Many works were seized, and for over 30 years, those remaining lacked a home.  In 2005, however, with the dictatorship long gone and new support from local politicians, the museum installed itself in this handsome townhouse in Santiago’s university district, whose rooms were suddenly splashed with vibrant colors.  Finally, Allende’s dream of an art space for everyone had become a reality.

Not everything in the museum is bright and shining, however.  On the ground floor, there’s a darkened exhibit of Allende’s personal effects, his speeches eerily cycling forever in the background, while the basement still sports the tangled telephone wires and torture apparatus used by the DINA, Pinochet’s dreaded secret police.  Two more reminders of the anti-democratic shadows that haunt Chile even today. 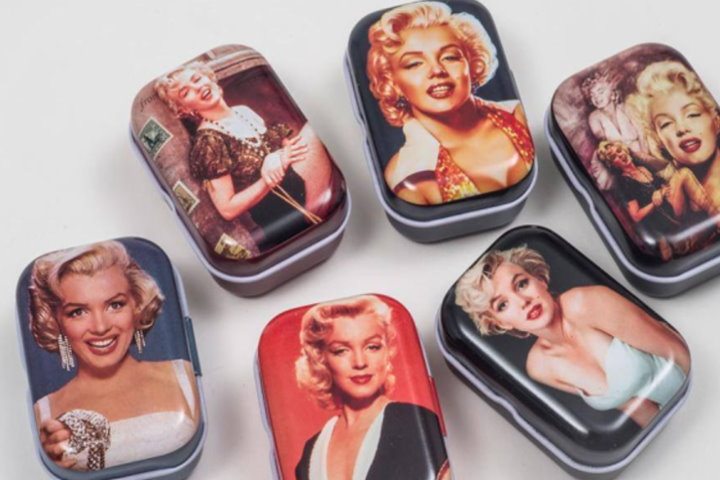 Wanting a break from grim dictatorships and revolutionary struggles?  The Museo de la Moda has just the ticket.  No somber history here.  Instead, its exhibits are fun, fizzy, and fabulous.

Lovers of camp will be over the moon at this whirlwind tour of fashion over the ages.  Where else, for example, can you find an 80s fashion retrospective, sponsored by the queen of shoulder pads herself, Joan Collins? Or the Gaulthier cone-bra worn by Madonna for her “Blonde Ambition” tour?  Or leather jackets used in star-making performances by Arnold Schwarzenegger, Michael J. Fox, and Michael Jackson?

Lest you assume, however, that all is froth and fun in this avant-garde temple in Santiago’s Vitacura neighborhood, the docents will have you know the museum houses outfits from as far back as the fifth century, with uniforms from both world wars, as well as state-of-the-art conservation facilities.  This, plus the extensive library, makes it an invaluable resource for fusty academics and flamboyant fashionistas alike.

And whatever you do, don’t miss the new Marilyn Monroe exhibit.  It’s to die for… If you’re one to get itchy fingers in museums, or a sinking heart from all the “do not touch” signs before the displays, know that the Museo Interactivo Mirador feels for you.  So much so, that here they’ve made it so you can not only touch, but also stomp on, throw, splash, fidget with, disassemble, and generally wallow in the exhibits, whose interactive nature gives a new twist to “hands-on” scientific learning for kids.

Parents will have a blast, too, in activities that range from robot workshops to earthquake simulations, bubble-filled fluid labs to build-it-yourself construction sites.  And of course, this being Chile, there are fascinating displays on paleontology, mining, and planetary observation, all fundamental to the country’s intellectual and economic life.

The museum is well laid-out, and features a 3-D cinema and cafeteria for when you’re ready for a break.  There’s also a play area for very young children, plus more cerebral displays for adolescents.

Helpful hint: Buy the combo ticket for the nearby aquarium. The sea-lion show is worth the admission in itself. 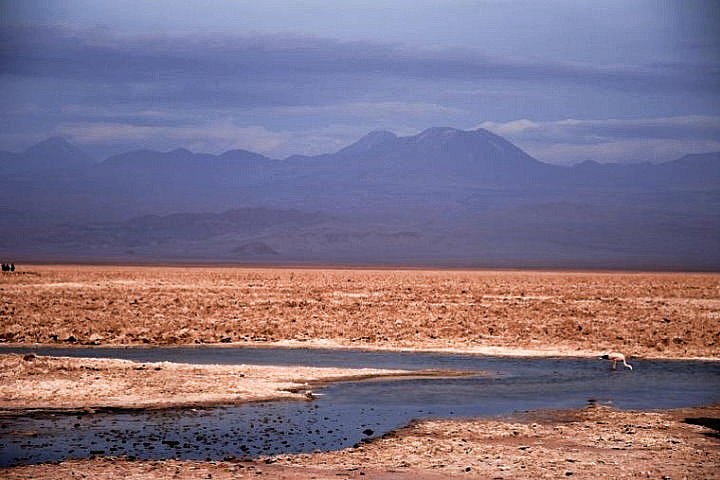 Ten Things To Do In Santiago, Chile
The Best Places to Visit in Chile
A Guide To The Main Wine Regions Near Santiago, Chile
Pagan Myths And Wild Nature In Chile’s Isla Chiloé
The Many Marvels Of Chile’s Atacama Desert
Valparaiso: The Jewel Of The Pacific