Sitting and sampling a glass of Malbec in the tasting room at La Rural winery in Mendoza, Argentina, I’m definitely feeling rather small.

And I don’t just mean metaphorically small, owing to the fact that my technical knowledge when it comes to wine encompasses exactly two concepts, “red” and “white.” I mean literally small, owing to my being surrounded by 5,000-gallon tuns with ten-foot diameters that appear to be barreling—sorry—through the walls like Sherman tanks.

A bottle of Merlot thicker around than most redwoods towers over me. The cavernous bar echoes like an aircraft hangar. Here, even my six-foot-plus frame is dwarfed, like Gulliver in a land of hard-partying giants.

La Rural’s bigness is one of many didn’t-see-that-comings in Mendoza. When I got up this morning to bike around Maipú, the capital of Argentina’s wine country, I was expecting the expected: sunsplashed vines, irrigation ditches, rustic sheds where the pace of life mirrors the slow ooze of the grapes’ own fermentation.

Maipú has that, but what I found outside the borders of the picture postcard was a wine scene that was intoxicatingly diverse. From tiny artisans literally operating out of garages to 130-year-old high-tech operations overseen by professors of enology—that’s the science of winemaking, for us laypeople—Mendoza packs a diverse crop of vintners into a small, easily bikeable space. So much so, that even a wine non-connoisseur like me was able to get passionate about Argentina’s hottest commodity since the tango.

After all that, I think a drink is in order. “The thing about the weather in Mendoza is, the enologist decides when he’s going to harvest the grapes. The climate doesn’t decide for him.”

Mariano de Paola is giving me a crash course in meteorology. As head winemaker at Bodega La Rural since 1995, and Professor of Enology at Mendoza’s Don Bosco Agricultural University, he’s obliged to be up on climatological minutiae, as one of the many hats—chemist, engineer, manager, artist—he wears in his quest for the perfect vintage.

“The aromatic profile, the phenolic profile—we analyze it all, and we find marked differences based upon location, altitude, soil type. It’s part of making our Malbecs and Merlots what they are.”

Di Paola’s scientific approach has yielded big dividends for La Rural. From 1.5 million liters annually in 1988 to 8 million today, from a scant five brands to more than 300, the winery’s output has spiked during his term as jefe and includes, under its Rutini name, some of the most renowned Malbecs, Merlots, and Cabernet Sauvignons in South America.

If La Rural’s size affords it a certain prominence in the market, Di Paola also makes sure the details don’t get neglected. As he walks me through the clangorous plant, I’m audience to several passionate disquisitions: on the importance of perfectly ripe grapes from older vines (10 to 45 years is typical); of basket winepresses (not pneumatic); of medium-sized barrels of French oak (not large ones); and of up-to-the-minute technology (de-stemmers, filters, pumps, and massive stainless-steel tanks whose capacity tops 10 million liters).

After all that information, I’m feeling a bit overwhelmed, so Di Paola pats my back with a firm abrazo and leaves me to wander the bodega’s wine museum. Here I’m able to trace the history of Argentina’s wineries, from cowhide presses and wooden buckets to the antique carts that old-timers used to hoof it the 700 miles to Buenos Aires, where the wine was marketed.

Some of the implements seem kind of grody: did they really press the grapes with their bare feet? However, given that back during the Colonial era, Mendoza’s wines were used principally as a communion beverage during mass, I suppose God didn’t mind.

The sun is blinding as I hop back on my bike outside. If La Rural is winemaking on the grand scale, my next destination is very different.

Up Close and Personal

“This project is very simple. There are no secrets here. Just try what’s in the bottle.”

Carmelo Patti means what he says. His tiny bodega, El Lagar, has no marketing, no website, minimal Facebook presence. His catalogue features a select few wines, all of them made, bottled, and labeled by hand. Yet his work inspires passion.

Passion, as in, his fans make T-shirts of him and walk around Mendoza wearing them (sometimes they send him one). Or as in, his Cabernet Sauvignon is widely lauded by many rival enologists as the region’s best.

Patti is nothing if not humble, however. As I sit in his garage bodega tasting the Cabernet Sauvignon right out of the barrel—and it is exquisite—he talks about how the personal touch is key. So much so, that his sole promotional strategy is to have people come in the workshop and do a tasting. Usually, that tasting turns into a buying.

Patti’s up-close-and-personal approach to winemaking extends to the winery’s tours, which are more like master classes in wine appreciation disguised as fireside chats. He talks about how to care for wines, the effects of different processes on the flavor, how to match wines with food.

Thanks to him and Di Paola, I’m starting to feel a little bigger. Temples of the Grape

As my bike’s wheels flash past row on row of trellised vines and my final destination comes into view, for a moment I wonder if I’ve somehow teleported into Mexico.

That’s because the plant at the Catena Zapata winery is deliberately constructed to resemble a Mayan pyramid, complete with a simulated stairway to the roof in the window embrasures. A great temple to the grape.

But if the company’s architecture is faux-archaic, its forward-looking philosophy has helped revolutionize Argentina’s wine industry. Until the 1970s, that industry was decidedly low-end, aimed at producing cheap, low-quality vintages for the domestic market. Companies shrank from competing internationally. Import tariffs provided protection.

Suddenly, however, this business model collapsed. Beer and soft drinks flooded the market, causing domestic wine consumption to plummet 50 percent. Between 1982 and 1992, more than a third of Argentina’s vineyards were uprooted.

This was where Catena Zapata saw an opportunity. When the Argentine government adopted neoliberal economic policies in the early 1990s to favor international trade, the winery stepped up to the challenge, focusing on high-end vintages that could compete overseas. Carefully mapping its vineyards to find the lots with the very best fruit, they practiced “micro-vinification,” combing through the crops row by row, then plant by plant, to cull the sweetest fruit and enhance the grapes through further cultivation. The result: the first Argentine wines to win international recognition.

That recognition is well earned. The 2012 Malbec named “El Enemigo” that I’m sipping is strong and spicy. A little vanilla, a hint of tobacco. It’s one more reason to tour Mendoza, since despite being on Wine Enthusiast’s Top 100 List of 2014, it’s tough to find outside the region.

As I climb on my bike for the ride home, the sun is setting. The day’s been nothing if not educational. My shadow might be long now, but thanks to Maipú and its vintners, I’m not feeling quite so small anymore. 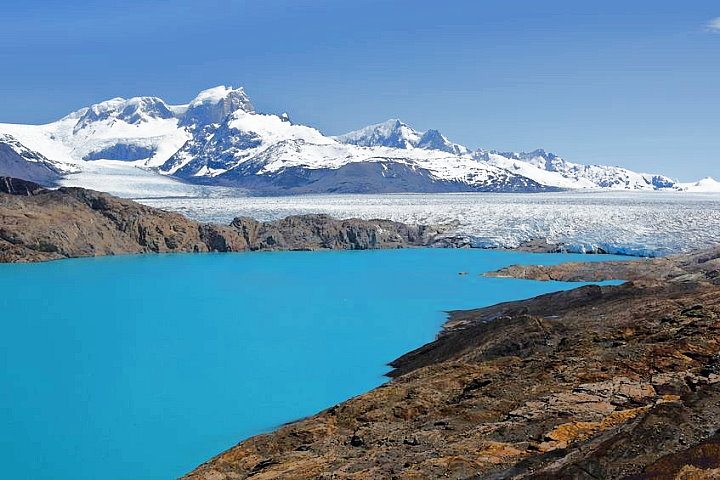