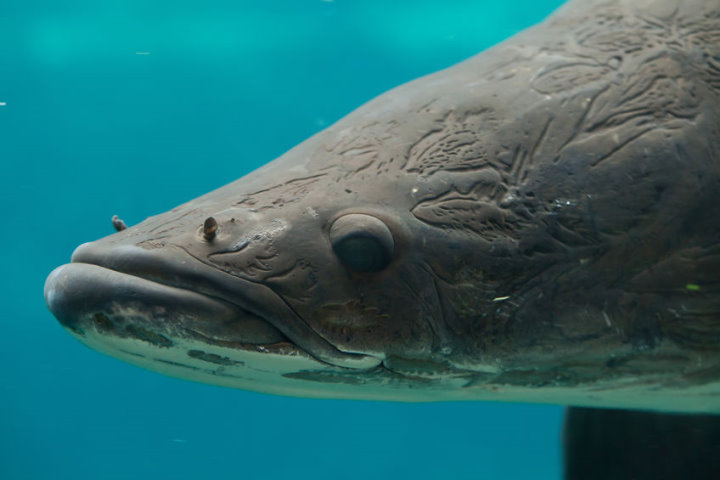 The Amazon offers a spectacular range of culinary delights, with an endless array of exotic fruits and plenty of tasty fish. As you travel in the Amazon, you’ll also come across some odd dishes, some of which might make you a little hesitant. Here are eight strange foods that you can eat in the Amazon rainforest, ranging from giant, air-breathing fish to large jungle rodents.

The Amazon River is brimming with weird and wonderful fish, but few are as impressive as the paiche. Also known as the arapaima or pirarucu, the paiche ranks among the world’s largest freshwater fish, with the largest specimens reaching 3 m in length and more than 200 kg in weight. Bizarrely, this prehistoric throwback also has to surface to breathe. Paiche is very tasty, whether its fried, steamed in a leaf, or used in ceviche—in Iquitos, Peru, the paiche ceviche is magnificent. Due to overfishing, many parts of the Amazon only allow paiche to be caught during certain seasons, and some places have banned it completely. So make sure your paiche is legally sourced. Giant Amazonian river snails, known locally as churros, have long been an important source of protein for the jungle’s indigenous inhabitants. They’re a common sight in jungle markets, where they normally sit in a large bowl of water. They’re not the most appealing of ingredients, but once they’re chopped up and thrown in a stew with plantain, garlic and salt, they’re really not too bad. 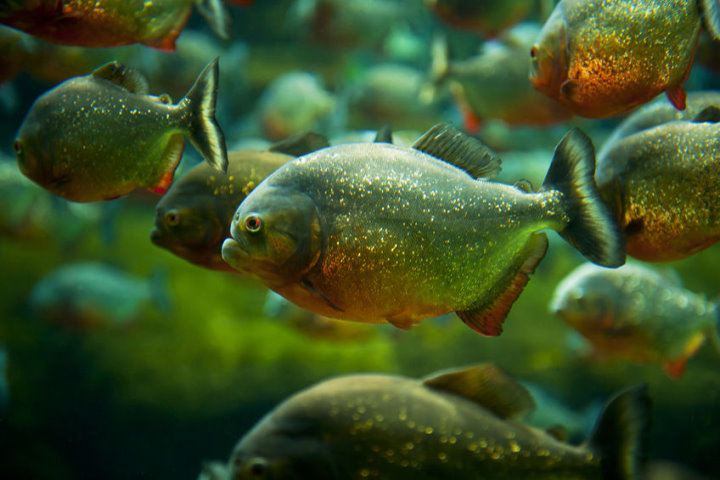 When you go to the Amazon, you might be worried about being eaten by piranhas—not the other way round. Well, firstly, piranhas very rarely take a bite out of humans, even if you happen to be swimming among them. Secondly, it’s more likely that you’ll be eating them. Piranha fishing is a common activity during jungle tours and river cruises, and once you’ve caught some of the feisty little fish you can put them on the grill. They’re really tasty, even if their ferocious-looking teeth are a little disconcerting. 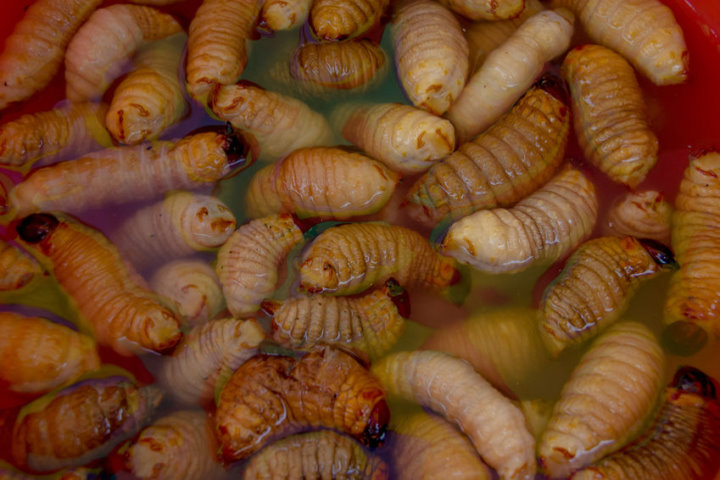 Suri is the ultimate test of your culinary bravery in the Amazon. These fat grubs are the larvae of the South American palm weevil, and native tribes have been eating them for centuries. They are dug out of the rotting hearts of palm trees, and either eaten raw or cooked on skewers (anticuchos) over a grill. When cooked, they are crispy on the outside and buttery on the inside. Or you can eat them raw—and alive—after removing the head and intestines. If you can manage to get one down, you’ll benefit from the grub’s high levels of protein, vitamins A and E, and beta-carotene. The grubs are called suri in Peru (where you’ll find them on sale in jungle markets, especially in Iquitos), but have various names across the Amazon, including chontacuro, gualpa and mojojoi. 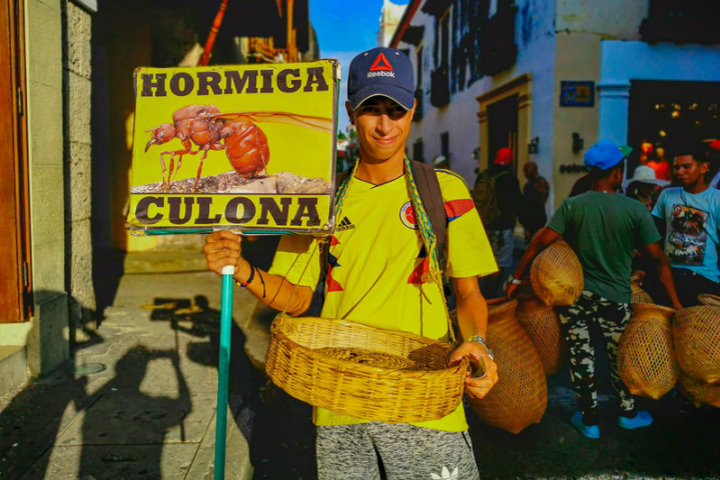 Atta laevigata is a species of large leafcutter ant, and it’s considered something of a delicacy in the Amazon. They are normally pan roasted, after which you can eat them in the same way you’d eat roasted peanuts. They are crunchy with a slight taste of pork cracklings, followed by an earthy aftertaste. You can find them already cooked in traditional markets, although availability depends on the season. They have various names: In Peru they are known as mamacos, siqui sapa or domblos, while in Brazil and Colombia they are called hormigas culonas, which translates as “big-bottomed ants.” You’ll sometimes come across caiman on the menu in jungle towns in Peru and Bolivia. Caimans are part of the Alligatoridae family, along with alligators. The meat is often said to have a fish-like quality, with a delicate texture and aroma. Sometimes the meat is simply cooked on the grill, but one of the most common caiman dishes is chicharrón de lagarto, in which chunks of caiman are floured and fried. 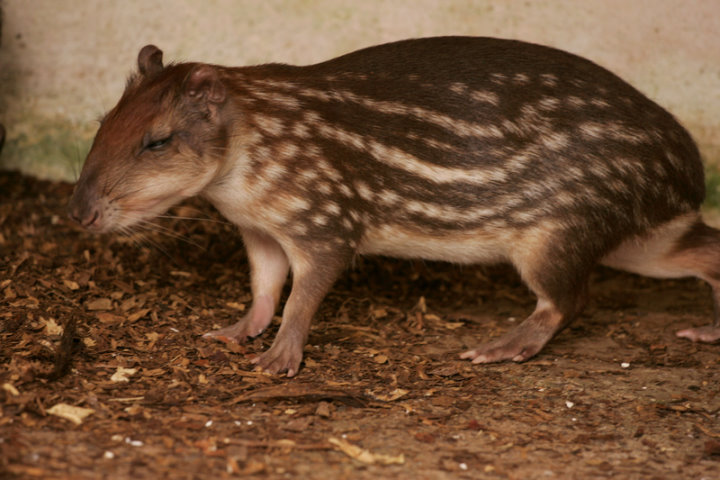 The picuro, or lowland paca (Cuniculus paca), is a large rodent found in many parts of the Amazon. It goes by a variety of names: picuro or majás in Peru, guanta in Ecuador, jochi pintado in Bolivia, and boruga or tinajo in Colombia. Indigenous communities have long hunted the picuro for its tasty meat, which has resulted in depleted numbers. It is now protected in the wild in many places, but farmed picuro meat is readily and legally available. It’s delicious when roasted, and is similar in some ways to guinea pig (cuy), which is hugely popular in the highlands of Peru. Turtle soup is a popular dish in China and in some parts of the USA. It’s also found in the Peruvian Amazon, where it’s known as sarapatera or sopa de motelo. It’s normally made from either motelo or charapita turtles, which you’ll sometimes see on sale in jungle markets in cities like Yurimaguas, Iquitos, and Pucallpa. The soup is traditionally prepared and served in the turtle’s own shell. The meat is cooked in the shell with green plantain, yuca, ají mirasol (mirasol pepper), garlic, cilantro and onion, forming a thick brown soup.

Learn more about the Amazon rainforest at Rainforest Alliance.