The Amazon Basin covers about 2.7 million square miles. It’s a vast expanse of dense jungle through which the Amazon and its tributaries tirelessly flow, from Peru and Colombia and onto Brazil and the Atlantic Ocean.

Indigenous tribes have called the Amazon home since long before records began, and many still live traditional lives that have changed little in the last few centuries. But ever since outsiders began to explore this beautiful but inhospitable region, threats to the native way of life have increased. Old World explorers and soldiers brought disease and greed, and returned home with stories of adventure that, for hundreds of years, have fired the imagination of the world.

The Voyage of Vicente Yáñez Pinzón

In 1500, the Spanish navigator, explorer and conquistador Vicente Yáñez Pinzón became the first documented European to sail up the Amazon River. He had arrived on the coast of Brazil the year before, and upon sighting the huge mouth of the Amazon, he set out to see what lay upstream. He made it about 50 miles from the sea, becoming the first foreigner that we know of to make this journey up the mighty river, albeit only for a short distance. He named the river the Río Santa María de la Mar Dulce (“River of Saint Mary of the Sweet Sea”), the “sweet sea” being a reference to the huge body of fresh water found at the river’s mouth.

Francisco de Orellana and the Amazons

Few voyages in history were less likely to succeed than Francisco de Orellana’s epic navigation of the entire length of the Amazon River. It began in 1541, when the young Spanish explorer and conquistador accompanied Gonzalo Pizarro on his quest to find El Dorado, the legendary “City of Gold.” But after a few calamities and near-mutinies, Orellana found himself heading down the Napo River without Pizarro, and so began his incredible journey down the length of the Amazon, from the Andes to the Atlantic Ocean.

Orellana and his ever-dwindling party of men, who were dying from disease and hunger, first reached the major confluence near modern-day Iquitos, before pushing further downriver to a location near modern Manaus in Brazil, which they reached on June 3, 1542. Not long after, the party encountered hostile natives who, according to their reports, were led by fearsome female warriors who attacked them with clubs and almost destroyed them. Orellana and his men named these women Amazons, after the women warriors of Greek mythology, and the river was later named after them.

Orellana and his men finally made it to the open sea on August 26, 1542, completing one of the most incredible voyages in history and proving that the Amazon was indeed a navigable river. Orellana died in November 1546 during his second voyage on the Amazon, which was beset by sickness, desertions and indigenous attacks, and ultimately proved a costly failure.

Orellana’s successful voyage along the length of the Amazon had opened it up to further exploration. During the next 100 or so years, a wide range of characters – including conquistadors, settlers, explorers and missionaries — made attempts to explore the river, inspired by gold, glory or god.

In 1560, the Spanish conquistador Lope de Aguirre joined an expedition led by Pedro de Ursúa in search of El Dorado. The expedition headed down the Amazon, and once it reached the headwaters, Aguirre – a man known for his cruelty and treachery in colonial Spanish America – instigated a rebellion. He killed Ursúa and his second in command and then took control of the expedition. Despite being a madmen by most accounts, Aguirre may have made it all the way down the Amazon – although some historians argue that he actually reached the Atlantic by going down the Orinoco River further north.

The first European to travel up the entire Amazon was the Portuguese explorer Pedro Teixeira. He commanded a large expedition of 47 canoes rowed by 1,200 natives, carrying 70 fully-armed Portuguese soldiers along with all the necessary food, weapons and barter goods. The expedition reached Quito in 1638, almost a year after it set out. Teixeira then promptly turned around and headed all the way back down the Amazon, arriving at the Atlantic in December 1639.

Colonial and religious settlements began to appear along the Amazon and its tributaries during the latter half of the 17th century and throughout the 18th century. And in many cases, exploration gave way to exploitation. Europeans now came to the Amazon to trade with the indigenous population, as well as to enslave them and to convert them through evangelization.

Adventures in the Name of Science

While the Amazon increasingly became the target of commercial conquerors, rubber barons and religious fanatics, true exploration continued in the guise of the scientific explorers who came in the 18th century and onwards.

Later scientific explorers included the Prussian explorer and polymath Alexander von Humboldt, who travelled extensively in the Americas and after whom the Humboldt Current is named. Humboldt, along with the French botanist Aimé Bonpland, explored the Casiquiare Canal in 1800, a natural canal that connects the Orinoco and Amazon river systems.

The scientific exploration of the Amazon, of course, continues today, albeit it with far more technological resources available to modern-day explorers. And the Amazon still has plenty of secrets to share with the world, some of which may already be known by its indigenous inhabitants, but with many others waiting to be discovered.

Learn more about the Amazon rainforest at Rainforest Alliance. 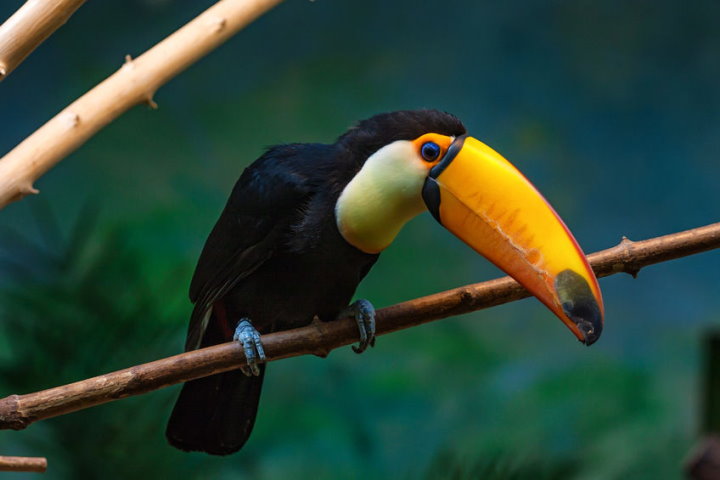