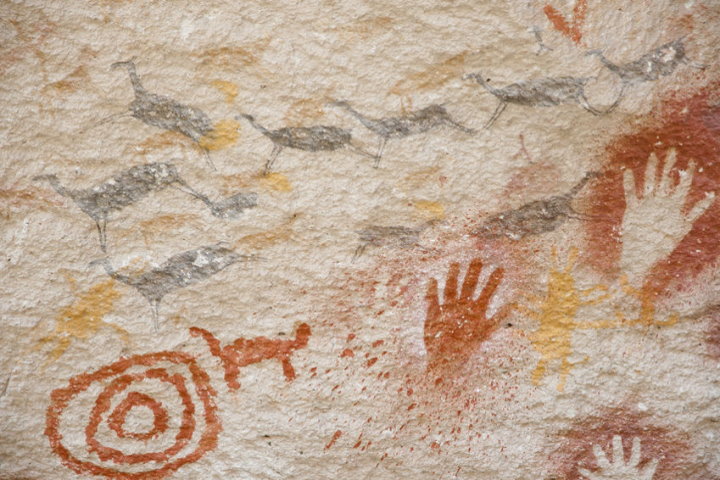 Tucked down in the far south of South America, Patagonia is today shared by Argentina and Chile. It remains a sparsely populated region of tough but frequently stunning terrain, with deserts, pampas and grasslands to the east and the Andes further to the west.

For thousands of years, humans have been roaming across Patagonia. Archaeological evidence suggests the presence of human activity as far back as 12,500 BC, although permanent settlements may have been rare due to the often harsh conditions in Patagonia. Still, despite the challenges involved, settlers continued to arrive in these lands, even when faced with the threat of giants…

The earliest migrations to Patagonia are still not fully understood, although the discovery of cave paintings, stone scrapers, bolas (a type of throwing weapon), butchered animal remains and other signs of human activity reveal a human presence at least as far back as the 13th millennium BC.

Some of the earliest inhabitants that we know of in the area include a number of maritime tribes spread along the Pacific coast, including the Yaghan, the Kaweshqar, and the Chono people.

From as early as 7000 BC, the Tehuelche peoples (which included a number of different groups) began to develop in the area. As nomadic hunter-gatherers who moved depending on the seasons and the location of guanaco herds, they were among the first people to extensively travel across – and therefore explore – Patagonia.

The Tehuelche were almost driven to extinction after the arrival of the Europeans in Patagonia. They in turn were followed by the Mapuche indigenous group who moved into Patagonia toward the end of the 16th century, and remain the main indigenous group in the region today.

The first European explorers arrived in Patagonia during the early 1500s, but which of the foreigners actually “discovered” Patagonia is open to debate. The navigators Gonçalo Coelho and Amerigo Vespucci may have reached the coast of Patagonia as early as 1502, but their accounts are not detailed enough to confirm their claims.

A stronger and more detailed claim is that of a Portuguese voyage of 1511 and 1512. Initially led by Captain Diogo Ribeiro and then Estevão de Frois (after the death of Ribeiro), the explorers reached the River Plate along the border of what is now Argentina and Uruguay. They then headed south of the 40th parallel, to a “point extending into the sea” and a gulf which they rounded for more than 180 miles. It is almost certain, then, that the expedition had sailed south along the coast of Patagonia and perhaps as far south as Tierra del Fuego. 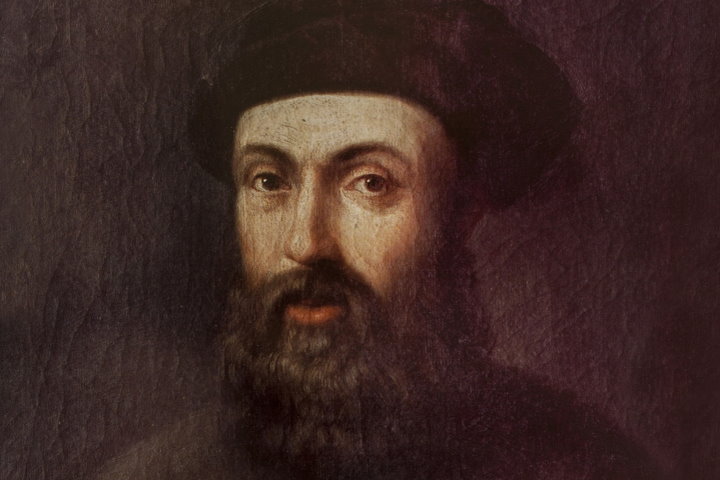 Ferdinand Magellan and the Land of Giants

In 1519, Ferdinand Magellan set off on his ultimately successful but incredibly costly circumnavigation of the globe. During this voyage, in 1520, he completed the first full exploration of the Atlantic coast of Patagonia, naming many of its more notable geographic features.

The same year, Magellan’s chronicler on the voyage, Antonio Pigafetta, recorded one of the stranger details of early Patagonian exploration: the presence of giants. According to Pigafetta, the local inhabitants (who were likely the Tehuelche people mentioned above) were between 9 and 12 feet tall.

Pigafetta, one of the few men to survive Magellan’s voyage, wrote that Magellan named these giants Patagón, and therefore named the region Patagonia. He never described how this name came about, but people later argued that it meant “land of the big feet,” in reference to the supposed giants. But later interpretations suggest that Magellan took the name Patagón from a savage creature in one of his favorite tales of chivalry. Tales of Patagonian giants persisted for more than 200 years, until rational scientific research found that the local inhabitants were indeed quite tall, but certainly not giants.

The Scientific Exploration of Patagonia

European settlers, including from Spain and England, continued to arrive in Patagonia from the end of the 16th century through to the 18th century. Many attempts to form permanent settlements ultimately failed due to the harsh conditions and relative isolation, and only a handful of towns stood the test of time.

The scientific exploration of Patagonia, meanwhile, began in earnest during the second half of the 18th century. Voyages by John Byron, Samuel Wallis and Louis Antoine de Bougainville contributed greatly to the scientific understanding of the region, including its flora and fauna. And in 1774, the Jesuit priest Thomas Falkner, who lived in and explored Patagonia for almost 40 years, published his Description of Patagonia.

In the 1800s, the British Royal Navy sent survey ships to Patagonia. HMS Adventure and HMS Beagle took part in the first expedition, making an extensive hydrographic survey of the coast. A second expedition took place between 1832 and 1836, again involving the Beagle, but this time with Charles Darwin on board. He spent a significant amount of time onshore, exploring and documenting various aspects of Patagonia.

In the mid-19th century, Argentina and Chile, both newly independent, began to push south in a more concerted effort to take control of Patagonia from its indigenous inhabitants. By this time, exploration had largely given way to conquest. But one steadfast group of settlers had recently arrived from Wales, and they continued to explore Patagonia.

The Welsh attempt to settle in Patagonia, known as Y Wladfa, began in 1865 when 153 Welsh settlers arrived aboard the converted tea-clipper Mimosa. They began to settle in the Chubut Province, where they formed their main colony, and shortly after a smaller colony of just 44 people in Santa Fe.

Twenty years after their arrival, the Welsh settlers started to explore further afield in search of land suitable for agriculture. It was one of the last concerted exploration efforts by settlers in Patagonia, and ultimately resulted in the Welsh-Argentine community that still exists in Patagonia today, primarily in the towns of Gaiman, Trelew and Trevelin.