South of the Bio-Bio River lies some of the most enchanted territory in all South America. This is the Chilean Lake District, and its snowy peaks, turquoise lagoons, and forests of thousand-year-old alerce trees seem at times like something out of a story book, so bewitching are its landscapes of deep blue and green.

The region consists of a string of glacial lakes interspersed among white-capped volcanoes. Lake Llanquihue, Puyehue, and Todos los Santos are the largest among them, but the entire region is a humid wetland full of rivers, falls, and salmon farms. It’s a perfect setting for canoeing or horseback riding—or simply gazing up at the luminous skies.

The Lake District has a reputation for wildness, as well as beauty. For three centuries, it was controlled by the Mapuche, the fierce indigenous tribe that rebelled against the Spanish in 1598 and vigorously maintained their autonomy until the late 1800s. Their independent spirit is shared by the people of Chiloé, with their pagan myths and nautical lifestyle, on an archipelago that has always been, for mainland Chileans, a place apart.

Not all the region is undeveloped. Hotels and tourist conveniences abound in towns like Puerto Varas and Pucón, which were settled by German immigrants in the 19th century. Yet these patches of civilization appear small against the vast panorama of the surrounding wilderness. Visiting that magic immensity, you’ll quickly find yourself hypnotized by what Pablo Neruda called its “nights of wet stars and sonorous laurel.”

Learn more about this destination at Chile Travel. 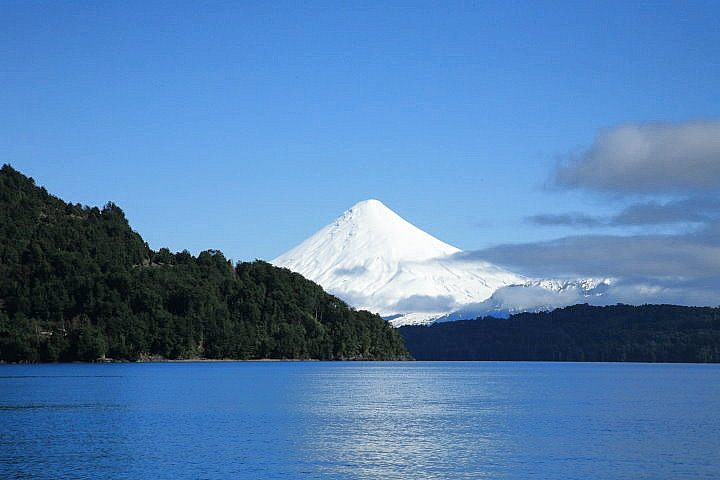