“Ten years ago nobody dared to buy a house around here. And now look. It’s full of people every night.”

Miguel Mafla is gesticulating with his keys as he talks. At 73, the white-haired proprietor of one of Quito’s best-loved restaurants is vigorous and effusive, his conversation becoming especially animated when he talks about La Ronda, the pedestrian-only promenade in Old Town Quito where he’s lived for 53 years.

“We started business here in 2006 with very little. We sold empanadas, coffee, chocolate. Then the city did its renewal project, and we did some restorations on the building. We started serving customers downstairs, upstairs. We broke down the patio, put some seats out on the street.

“Now our restaurant has become quite well known, and it’s all because of the changes to the barrio. A ton of people come here. Of course, the tourists help a lot. La Ronda today is flourishing.”

The tailor-turned-restaurateur isn’t lying. At 8 o’clock on a Thursday, La Casa de los Geranios, his top-rated eatery, is positively raucous with conversation, shouted toasts, the clink of silverware on porcelain. Meanwhile, out on the street, an old-fashioned toymaker is hawking wooden dolls and tops, while a group of tipsy compadres saunters by arm in arm, joyously serenading the balconies of geraniums and Ecuadorian flags adorning the street’s whitewashed colonial houses.

It’s all in a night’s partying for La Ronda, which has become one of Latin America’s urban success stories. Not long ago, the street officially known as Juan de Dios Morales had a bad rep: sketchy in the daytime, plagued with thieves and panhandlers after dark. Ten years and one massive cleanup initiative later, the thoroughfare is completely revitalized, basking in its new (or is it old?) reputation as the most beautiful street in Ecuador’s luminous colonial capital, a place where the neighbors all wave hello to each other and children play hopscotch and laughter and live music spill out onto the cobbled streets until the wee hours of the morning.

A spot for tourists, sure. But also an honest-to-goodness neighborhood, with hospitable residents whose Andalusian-style storefronts are also their homes. It all started back in the 1400s—or possibly before.  It’s hard to tell, because no written records exist about La Ronda before the Spanish arrived in 1534.  What we do know is that its contours were already laid out by indigenous locals when the Incas conquered them in 1480.  El Chaquiñán, it was named back then, meaning “the way,” a reference to a footpath that followed a stream down from nearby Mt. Pichincha.

Later, in Spanish colonial times, the street took on its current sobriquet, about which quiteño opinion is divided.  As the Spanish term for “watch,” it could refer to the nightly patrols that passed along it to the city’s perimeter.  Or, more romantically, since “salir de ronda” is Spanish for “go serenading,” it could also be an allusion to young swains’ attempts to woo the street’s señoritas as they leaned out from those charming balconies.

Whatever the case, the passageway’s romance wasn’t dispelled by the modern age.  In the 1930s, La Ronda evolved into Quito’s artist quarter, with poets, painters, and composers thronging its sidewalk cafes (and backroom brothels) on a nightly basis.  More than a few famous pasillos (Ecuadorian folk dances) were penned there.  Traveling merchants in town for the night would stop to drink in its chicha bars.

Then came the 70s, and the building of the nearby Cumaná bus station, causing the area to take a nosedive.  Muggers came in from other districts.  Locals would fire pistols into the air to chase off assailants.  Tourists stayed away.  All this until, in 2006, an initiative from FONSAL, Quito’s urban-renewal organization, brought big changes.  Suddenly the houses were refurbished.  Security was beefed up.  The tourists returned.

Today La Ronda has reverted to the bohemian charm of its heyday.  The houses and cafes are once more abuzz with creative activity.  Modern commerce, however, has updated that charm—as the street’s artisans attest.

Luis López is busy smoothing out naps.  His eyes focus with laser-like intentness as he goes over the surfaces a second, third, fourth time.  Behind him in his workshop are shelves stacked high with Panama hats—a misnomer, as he’s quick to point out, since this traditional headgear was created in Ecuador.

“A lot of the hat molds I use are from my grandfather’s business.  They’re almost a hundred years old, but customers like the designs because they’re elegant.  I inherited the hat business from my father.  Three generations we’re here in La Ronda.  Hopefully for good,” he laughs.

Quito’s government shares López’s hope.  When the city did its cleanup in the early 2000s, among its principal goals was the preservation of La Ronda’s artisanal culture.  Judging by the street’s current tenants, who range from tinsmiths to toymakers, they’ve succeeded.

There’s López’s neighbor, Humberto Silva, for example, who does traditional metalwork in the form of miniature stoves and watering cans.  “I beat everyone here.  I’ve been in La Ronda 58 years,” he laughs.  Or further down the street, the sweet shop Chez Tiff, which specializes in artisanal chocolate and honey.  Other outlets sell textiles or reproductions of Quito-school colonial art.  A toymaker’s sign urges, “Get in touch with your inner child.”

Not all of the artistry on display in La Ronda is portable.  Some is meant for immediate consumption.  Chief among venues of this type are the street’s peñas, supper clubs that specialize in the pasillos and danzas that are the traditional music of Quito.  Many locals drop in on weekends to listen to the croonings of Quito’s folk artists while sipping canelazo, a kind of hot toddy made from cinnamon and aguardiente.

There are also restaurants, long lines of them, ranging from tiny storefront cafes with quesadillas and air-puffed empanadas to elegant candlelit establishments.  In addition to Mafla’s Casa de los Geranios, the standouts here include La Primera Casa, with its excellent locro (potato and cheese soup) and sea bass, and Café Ferrán, whose chef hails from Barcelona and specializes in paella.  If you want to try a non-alcoholic local drink, colada morada is a cocktail available in many eateries and made with purple corn, strawberries, blackberries and cinnamon.  Quiteños traditionally bring it to cemeteries to feed their departed loved ones on Day of the Dead.

Many of these enterprises form a bridge between Quito’s storied past and its increasingly bright-looking future.  To this end, the city continues to invest in its artisans, providing housing maintenance and even subsidized rents in some cases.

And Miguel Mafla?  What does he see in La Ronda’s future?

He laughs gently.  “I got married here.  I won my wife over with serenades under the balconies.  I just hope these houses last another 300 years.” 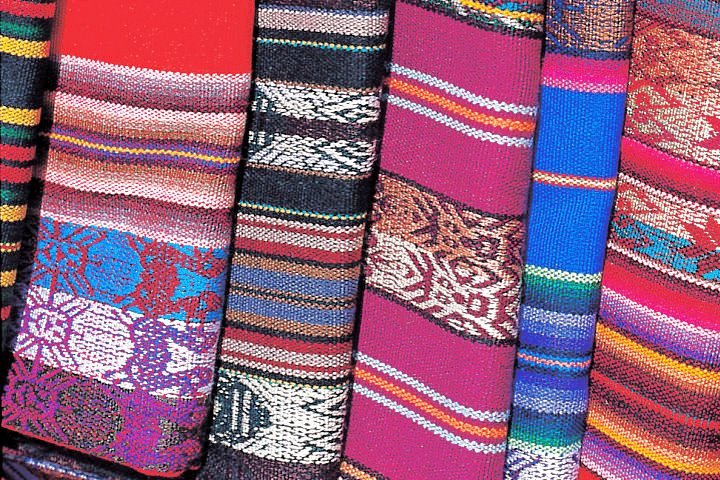 The Best Places to Visit in Ecuador
Ten Things To Do In Quito, Ecuador
Pirates, Captains And Castaways: The First Visitors To The Galapagos
In Ecuador’s Avenue Of The Volcanoes, Hiking Through A Ring Of Fire
Ecuadorian Food: A Boom Waiting To Happen?
Textiles And Tradition: Otavalo’s Great Market