In the 18th and 19th centuries, when guests from Quito visited the Hacienda Cusin, they often ended up spending the night, since the trip back to Ecuador’s capital was a two-day affair. This meant that, as a de facto hotel, the hacienda early on developed a tradition of hospitality, a tradition that continues to flourish in the stone fireplaces and cozy décor of the lodge of today.

The Hacienda Cusin is located 20 minutes south of Ecuador’s Otavalo Market, near the Imbabura volcano. Established as part of a land grant from Spain’s King Philip III in 1602, it has been part of its country’s history for 400 years—most recently, when a new Constitution was signed there in 2001. This means you’ll feel the magic of the past in its mix of colonial and modern features.

The Hacienda Cusin features an eclectic design in which no two rooms are alike. Family suites, individual salons, small cottages: part of the charm of this lodging is discovering the nooks and crannies of its extensive estate. But whether you come to rest after an outing to Otavalo market, or to take in the sweeping landscapes of the Ecuadorian Andes, you’ll find a second home in this storied mountain inn. 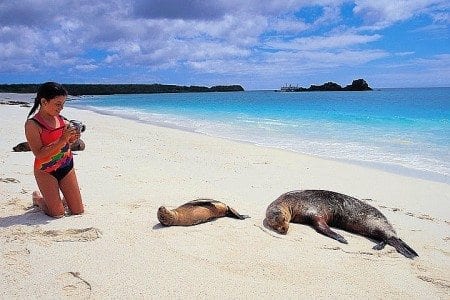 Other Hotels in Otavalo, Ecuador